The past few years have seen the start of a technological and digital revolution in healthcare. Smartphones are a good example of this transformation. They combine computing power with Internet access and offer features that provide relevant health data (e.g., pedometer, heart rate) as well as thousands of health applications.

This technological shift is also seen in technology used for type 1 diabetes (T1D) management. For instance, new types of insulin pumps such as hybrid closed loop systems, also known as artificial pancreases, and new versions of continuous glucose monitoring (CGM) systems (e.g., FreeStyle Libre, Dexcom, Guardian) are constantly being developed to improve accuracy, ease of use and quality of life.

Other technologies are also at an advanced development stage, including bihormonal insulin pumps (that administer both insulin and glucagon) and CGMs that can be worn for several months. Continuous ketone monitoring devices have also been in the works for the past few years.

Ketoacidosis signals that the body is lacking insulin. It happens when there is severe hyperglycemia with a risk of dehydration, and the body starts using stored fat exclusively as a source of energy. This produces ketone bodies, which make the blood acidic. Ketoacidosis is an emergency situation that could lead to a potentially fatal coma if not quickly treated. It’s important to note that there can be a small amount of ketone bodies in the blood when fasting or eating a very low-carb diet. The presence of ketone bodies in the body up to a certain level is not dangerous.

Currently, people with T1D measure their ketone bodies with a blood test strip (finger prick) or urine test strip, usually when their blood sugar levels remain high despite insulin injections, or when hyperglycemia is accompanied by symptoms such as nausea or vomiting. Although measuring their ketone bodies is important, many T1D patients don’t do it due to the cost, the associated burden or, sometimes, a lack of awareness.

Yet, a high level of ketone bodies in the blood poses significant health risks. Patients who measure their blood ketone levels use this information to determine what they need to do depending on whether they use a pen or syringe or an insulin pump.

In 2021, a study showed promising results for a new continuous ketone monitoring system that displays blood ketone levels and trends at all times. This system uses a technology similar to the one in CGMs (e.g., FreeStyle Libre, Dexcom), measuring ketone bodies in interstitial fluid with a sensor that can be worn for up to 14 days.

However, people with T1D who already use a CGM and/or a pump aren’t generally eager or even open to wearing yet another device.

In June 2022, Abbott (the manufacturer of FreeStyle Libre) revealed that they were working on a 2-in-1 sensor that would measure both blood sugar and blood ketone levels.

This new sensor should be the same size as the FreeStyle Libre 3 sensor (i.e., about 60% smaller than the currently available sensor) and offer features similar to CGM features, such as high blood ketone level alerts and remote data sharing (e.g., with a healthcare team or friends and family). The company also stated that the new sensor should be able to be paired with future insulin pumps that will be available, but didn’t specify which ones.

A revolutionary tool in the making?

By combining a new feature with continuous glucose monitoring, which is becoming the most widely used tool to measure blood sugar levels in people with T1D, this new 2-in-1 sensor not only eliminates the need for an additional device, but also improves user safety.

This new system could be particularly useful for patients who are prone to ketoacidosis or in high-risk situations such as:

With such reliable technology allowing the early detection of ketone bodies, many people with T1D will be able to prevent ketoacidosis. The system will help them differentiate between acceptable levels of ketone bodies (e.g., when fasting or eating a very low-carb diet) and higher levels that expose them to a risk of ketoacidosis.

While new technologies provide many benefits (e.g., decreased risk, fewer finger pricks and/or injections, wider picture of the situation), the uninterrupted access to information and the sheer number of alerts can be stressful for some people and even put them in a state of hypervigilance, which can decrease their quality of life. So, using this technology should be a personal choice based on its benefits and drawbacks. The cost and accessibility (insurance coverage) of this 2-in-1 technology are still unknown. 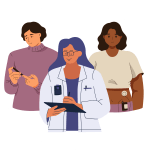 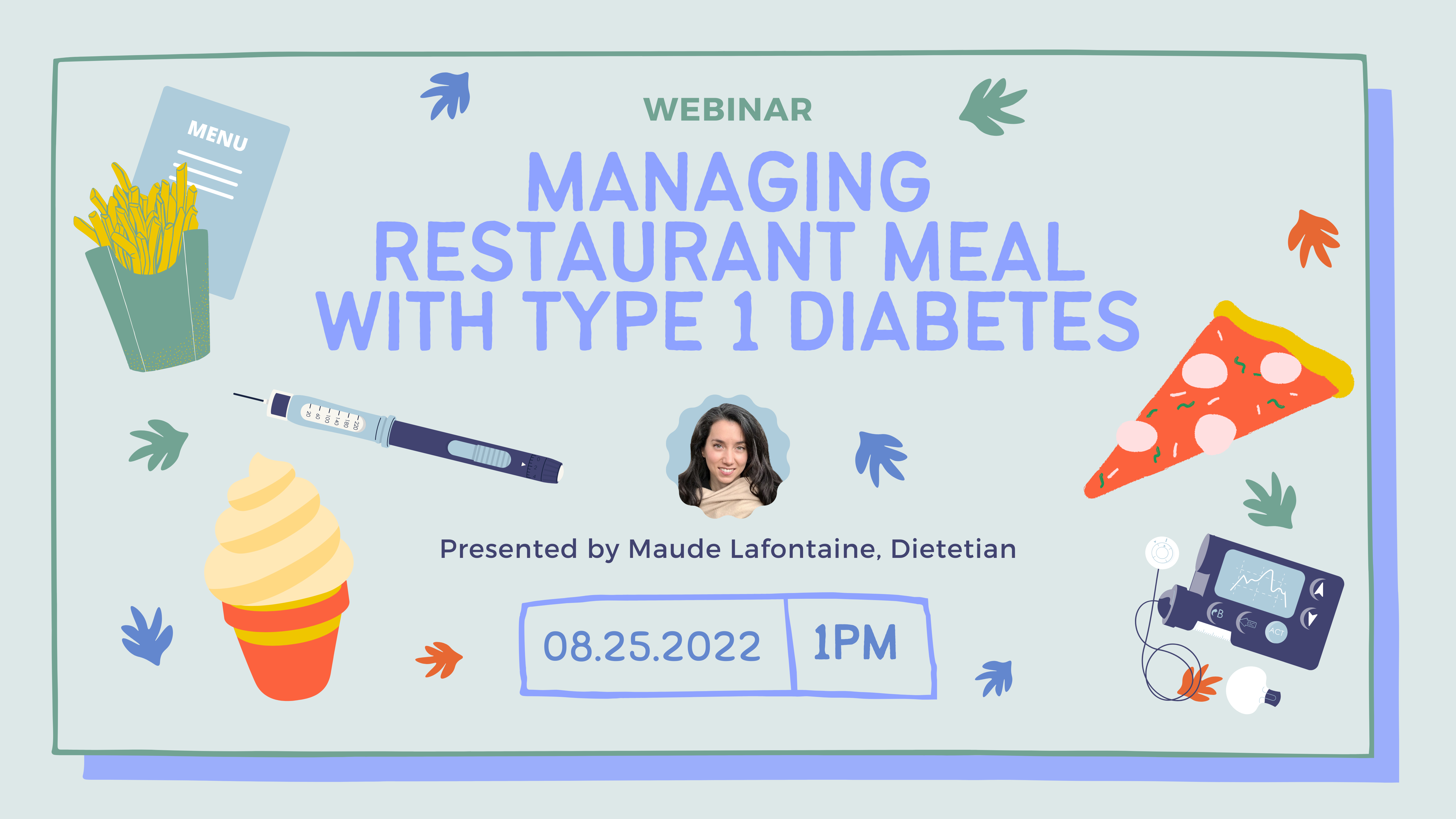 Not to be missed

Our next webinar (free online presentation) will focus on managing meals away from home and specific types of meals (e.g. fatty, very sweet)
Learn more 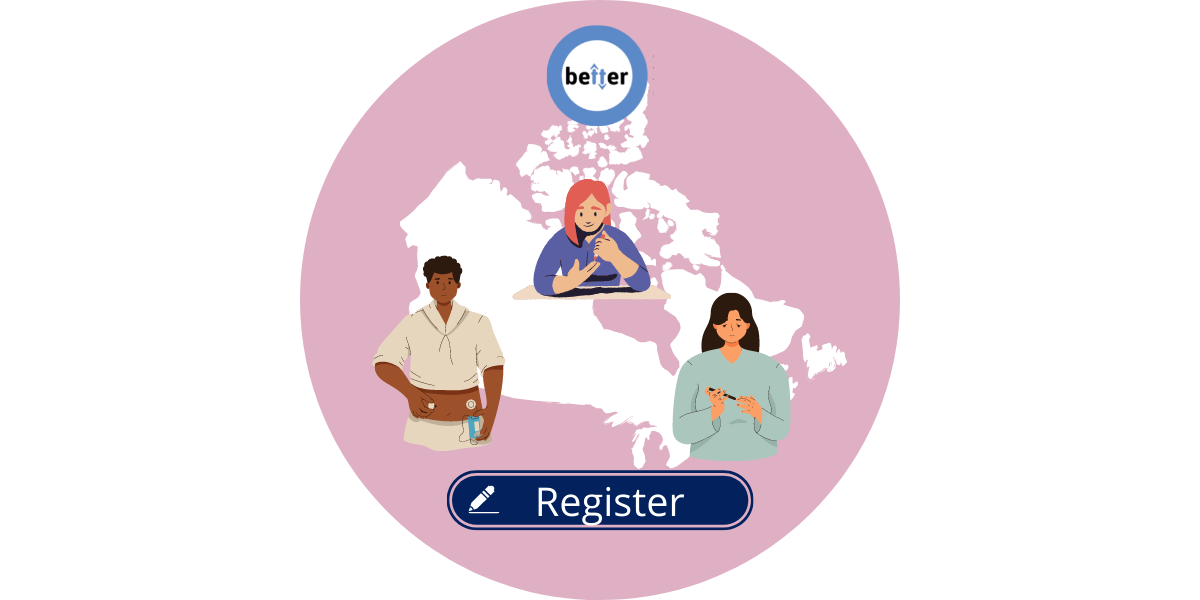 Participate in the registry

The Better Registry is the first registry of people living with type 1 diabetes in Quebec, and already has over 2,600 registrants.
Learn more

What to Expect With Dexcom G7?