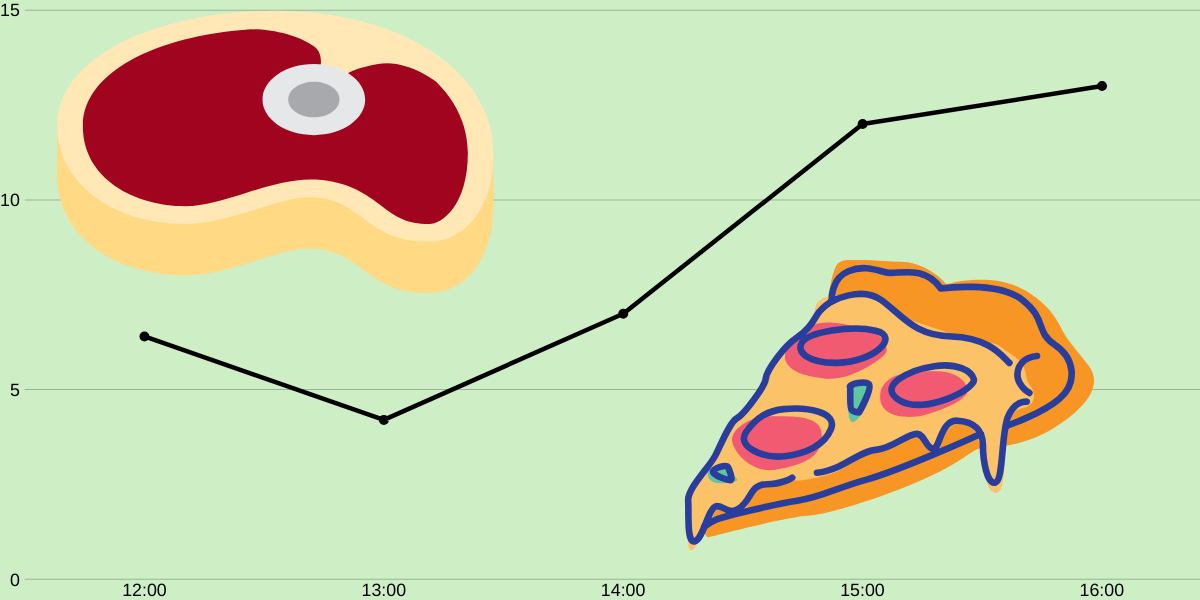 According to current recommendations, the insulin dose to be administered for a meal is determined mostly based on the amount of carbs eaten. However, several recent studies suggest that the composition of a meal, particularly its fat (or lipid) and protein content, also has an impact on blood sugar levels after mealtime.

In their recent publication, researchers at Newcastle University in Australia consolidated the results of several studies on the effects of dietary fat and protein on blood sugar management among people with type 1 diabetes.

Some studies have shown that when eating protein alone, a person would need to ingest a large amount before it has a significant impact on blood sugar (75 to 100 g of protein, or the equivalent of a 300 g lean steak). However, in combination with 30 g of carbs, a person would need as little as 12.5 g of protein before it leads to a greater increase in blood sugar than the increase due to the carbs alone.

Other studies have shown that fat has a similar impact on blood sugar levels.

The blood sugar increase caused by fat and protein is generally observed later, i.e., three to six hours after the start of a meal.

How to adjust your insulin dose

Pizza is known for its unpredictable impact on blood sugar levels. It’s high in carbs, and also high in fat and protein. According to results published in the Newcastle University paper, participants who ate pizza needed to significantly increase their regular insulin dose in order to avoid hyperglycemia.

However, the paper mentions an important consideration. In another study where participants ate a meal that was high in fat and protein, some participants did not need any additional insulin, while others required twice their usual dose. Other studies have shown that the need for additional insulin arises especially one to two hours after this type of meal. Therefore, it’s very difficult to estimate not only the additional insulin dose, but also the time when this dose should be administered.

An insulin pump can help you better manage these situations.

Insulin pumps have a feature called dual/square bolus or extended bolus that allows you to divide the injection for a meal. With this feature, you can take part of a bolus immediately, and administer the rest of the bolus over an extended period.

Few studies have assessed the ideal time for administering insulin before a meal that’s high in fat and protein. However, the studies mentioned in the paper suggest that the insulin dose should be administered over a longer period when a meal has a higher fat content.

As for people with type 1 diabetes who use pens or syringes, the only thing they can do is inject part of their mealtime rapid-acting insulin dose about an hour to an hour and a half after the meal. However, no study has ever tested this method.

Post-meal glycemic variability is a significant challenge for people with type 1 diabetes.

Help us to understand the different challenges associated with type 1 diabetes by signing up for the BETTER registry.

1 thought on “How Fat and Protein Impact Your Blood Sugar, and How to Adjust Your Insulin Dose Accordingly”