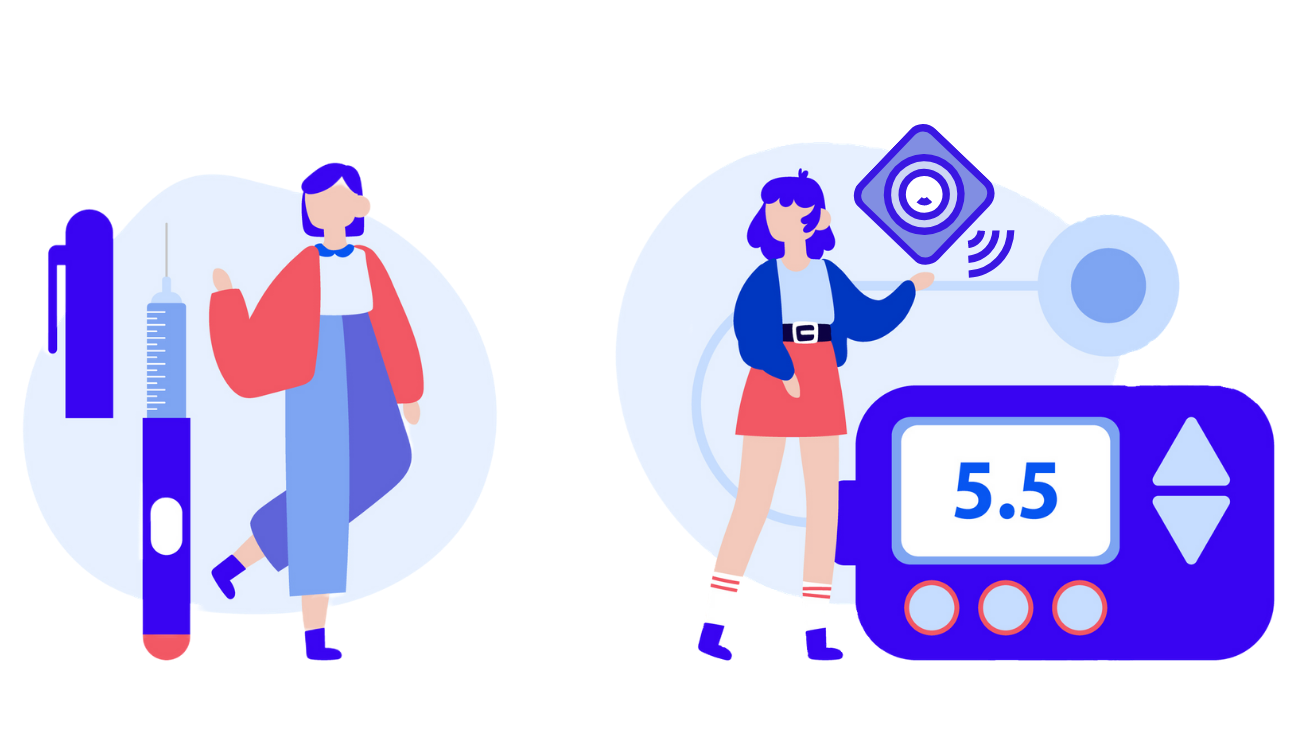 The Fiasp® ultra-rapid insulin aspart was approved in Canada in 2017 for adults and children aged 2 or older, and another insulin of the same type, Lyumjev®, will be available soon. Ultra-rapid insulin is an interesting alternative to traditional rapid-acting types of insulin that have been on the market for many years.

The most beneficial feature of ultra-rapid insulin is that it gives greater flexibility at mealtimes. While rapid-acting insulin (e.g., Humalog®, Novorapid®, Apidra®) starts acting 10–15 minutes after the injection and often needs to be injected about 15 minutes prior to a meal, Fiasp insulin starts acting in only 4–7 minutes and can therefore be injected after the start of a meal, in some cases.

This ultra-rapid insulin is mostly used by patients under multiple daily injections (MDI) since it is not yet approved for use with all insulin pumps (although some doctors bypass the contraindication and prescribe it). BETTER registry data reveal that 1 out of 6 participants already use ultra-rapid insulin.

Multiple studies are needed before a type of insulin is authorized for insulin pumps. Studies have to demonstrate that ultra-rapid insulin has the same capacity as rapid-acting insulin to keep blood sugar levels in range and that there is no risk of crystallization in catheters and tubing.

A major study did find that using ultra-rapid insulin in an insulin pump was not only safe, but it also helped to reduce time spent in hypoglycemia and offered greater post-meal glycemic stability. However, some cases of painful and irritated insertion sites were reported.

A closed-loop system, or “artificial pancreas,” automatically adjusts the administration of basal insulin in a pump based on the real-time data of a continuous glucose monitoring system. For instance, the system will decrease or suspend basal insulin if blood sugar levels are dropping or if it predicts that the patient is about to be in hypoglycemia, and resume the administration of basal insulin once blood sugar levels are rising or if it predicts that the risk of hypoglycemia is no longer present.

Ultra-rapid insulin could prove beneficial when used in artificial pancreas systems, as the system would plan the administration of insulin in a shorter lapse of time (4–7 minutes instead of 10–15 minutes), allowing for greater post-meal glycemic stability and avoiding hypoglycemic episodes.

There are currently two artificial pancreas systems available in Canada (Tandem’s Control IQ and Medtronic’s 770G), and they have not been approved for use with ultra-rapid insulin.

Do you want to tell us your story about using the latest type 1 diabetes treatments?
Join the BETTER Registry!